In January of 1977, Mark Lincoln returned to his home town of Glenwood, Iowa to purchase the local Standard Oil tank wagon service that had been offered for sale.  At only 19 years of age, leaving his college career and friends behind at Iowa State University was not an easy decision to make.
After obtaining a small business administration loan from his local bank, and some intense meetings with Standard Oil Officials who questioned his age and ability - Mark was finally awarded a contract to become a Standard Oil Jobber and business began on January 10, 1977.
"I really didn't know anything about the oil business when I started," Mark recalls.  "But I was raised on the farm and hard work was all that I knew."  So with a little direction, Mark started making sales and deliveries to farms and business accounts around Glenwood.  Later that year a Kerr-McGee tank wagon service also came up for sale in Glenwood, IA so Mark purchased it and converted its customers to Standard Oil products.
"Business was pretty good for those first few years.  Especially during 1979 and the fuel shortage years - when everything you could get your hands on could sell," Mark said.  But a harsh reality set in soon after in the early 80's.  As the farm economy struggled so did Mark's business.  The organization lost some customers and its profit margins began to dry up.  But as luck would have it the tough times actually proved to be growth opportunity for the business.
"It was probably the turning point for my company," Mark said.  "I either had to grow or get out, I chose to grow."
Lincoln Farm and Home Services signed on some Amoco accounts to supply and in 1983 purchased its first Amoco retail station on the flagpole corner in Glenwood.  more acquisitions followed with another tank wagon in Malvern, and Amoco tank wagon services in Henderson as well as Oakland IA.
"During the 1980's growth and success seemed to come easily, but at the about the same time new rules and regulations began to pour into our office - UST, DNR, DOT - it was all new to us," Mark said.  "Luckily we were members of the PMCI and they really have been our partners ever since."
As the 1990's arrived survival meant meeting government deadlines, replacing tanks, spill reporting, and learning how to find profits in products besides petroleum.  Again Lincoln Farm and Home Service had to make a decision - rebuild the old gas stations or retire.  So in 1994, the company razed and rebuilt the Glenwood store and entered the convenience store business.
"We've never regretted that decision and the store which as an attached office for the company has always been a great asset for us," said Mark.
In 2001, Lincoln Farm and Home purchased the Amoco tank wagon service in Red Oak and the following year built a new 4,500 sq foot convenience store in Red Oak IA.  "With the new BP image we've really been proud of our store, and even with the bad publicity in the Gulf last year, our sales have been strong."
Mark's wife of 27 years, Nancy, runse the office and handles all of the paperwork.  "Nancy really makes this company work," Mark admits.  "You might say we can't afford to replace her."
In addition to her office work, she also has served on the Iowa Comprehensive Petroleum Underground Storage Tank Fund Board representing marketers.  Mark, too, has served his fellow petroleum marketers on the PMCI board from 1990 to 1996.  He has also served on the Amoco Oil Jobber Advisory board.
In the past, if you couldn't find Mark or Nancy at the office, you were most likely to find them at their kids sporing events.  "Watching and coaching our three children as they have grown up has been a great pleasure," the couple said.  "This fall, our youngest son is attending ISU and we will be empty nesters."
The Lincolns have two other children:  Nick graduated from ISU in 2008 and lives and works in Ames; Jil is interning at Mercy Hospital in Des Moines and will graduate from the Clarkson School of Nursing in Omaha.  "It's been an interesting ride,"  says Nancy.  We continue to grow the business and have learned to balance home and the office.  Something that is very important to our lives.
________________________________________________________________________________________________________________________________________________

Lincoln Farm & Home also has a large BP dealer network.  If you are looking to open a new convenience store site and would like to fly the BP flag, call us at 712-527-4833.  We would be happy to help you with the process and welcome you to the BP family. 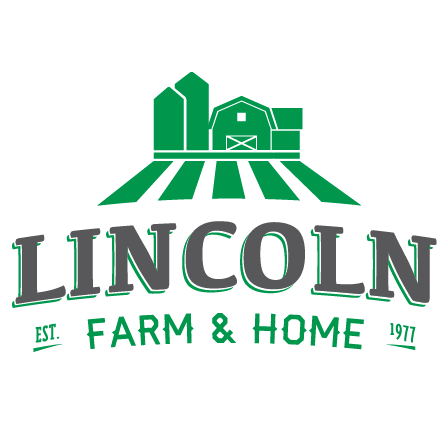